THERE ARE NO CURRENT AUDITION NOTICES POSTED.

CHECK BACK ON THIS PAGE 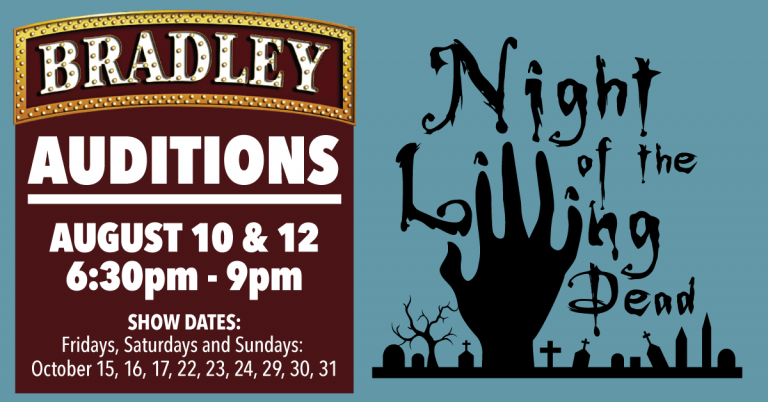 – ** Please plan to arrive at the start time and to stay until the end. **
– Auditions will consist of cold readings and short improvisations.
– Please email the director, Jeremy Woloski, for more information: mr_roat@hotmail.com

SHOW DATES:
Fridays, Saturdays and Sundays: October 15, 16, 17, 22, 23, 24, 29, 30, 31.
SYNOPSIS:
“Night of the Living Dead: A Play in Three Acts” A group of conflicted strangers are trapped in a rural Pennsylvania farmhouse by marauding ghouls. With sensationalized and conflicting reports being broadcast by the media, can the strangers overcome their prejudice and suspicions to survive the night?
Based upon the classic film by George A. Romero and John Russo.
Adapted for the stage with new scenes by John F. Carroll
CHARACTER BREAKDOWN:
(Ages are approximate for the character, not necessarily the actor.) 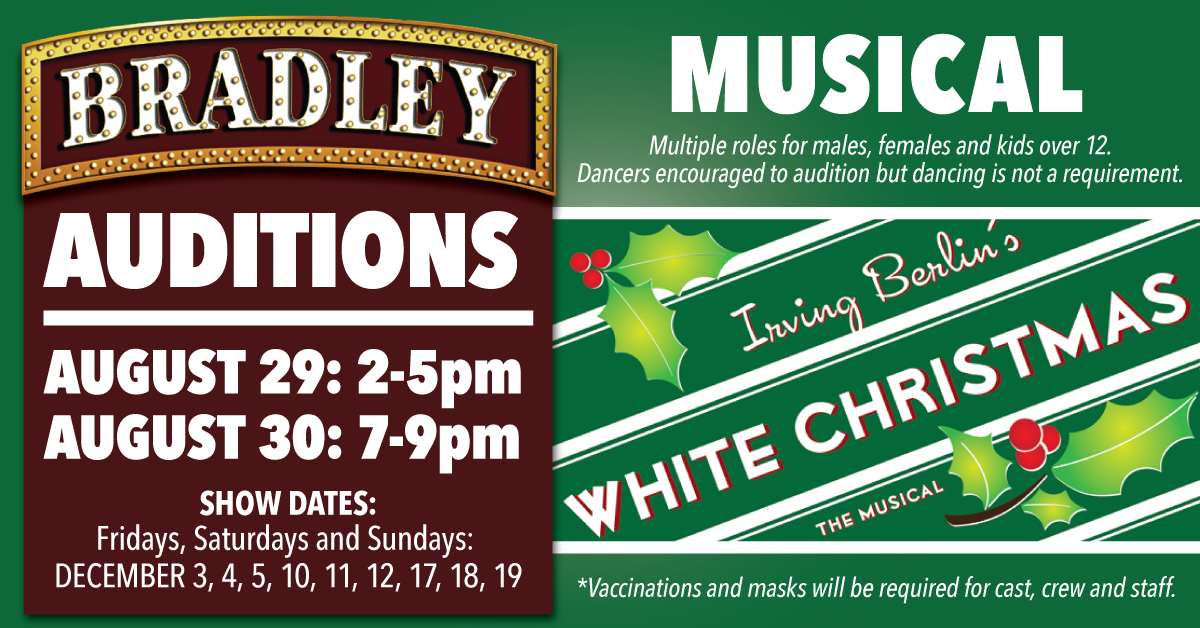 ** Please plan to arrive at start time and to stay until the end.

SHOW SYNOPSIS:
Veterans Bob Wallace and Phil Davis have a successful song-and-dance act after World War II. With romance in mind, the two follow a duo of beautiful singing sisters en route to their Christmas show at a Vermont lodge, which just happens to be owned by Bob and Phil’s former army commander. With a dazzling score featuring well-known standards including “Blue Skies,” “I Love A Piano,” “How Deep Is the Ocean” and the perennial title song, White Christmas is an uplifting musical worthy of year-round productions.

The ensemble will, over the course of the show, play:

** Parking is not allowed in the church parking lot directly behind the theatre. PLEASE Plan getting to the Theatre early for parking close by.