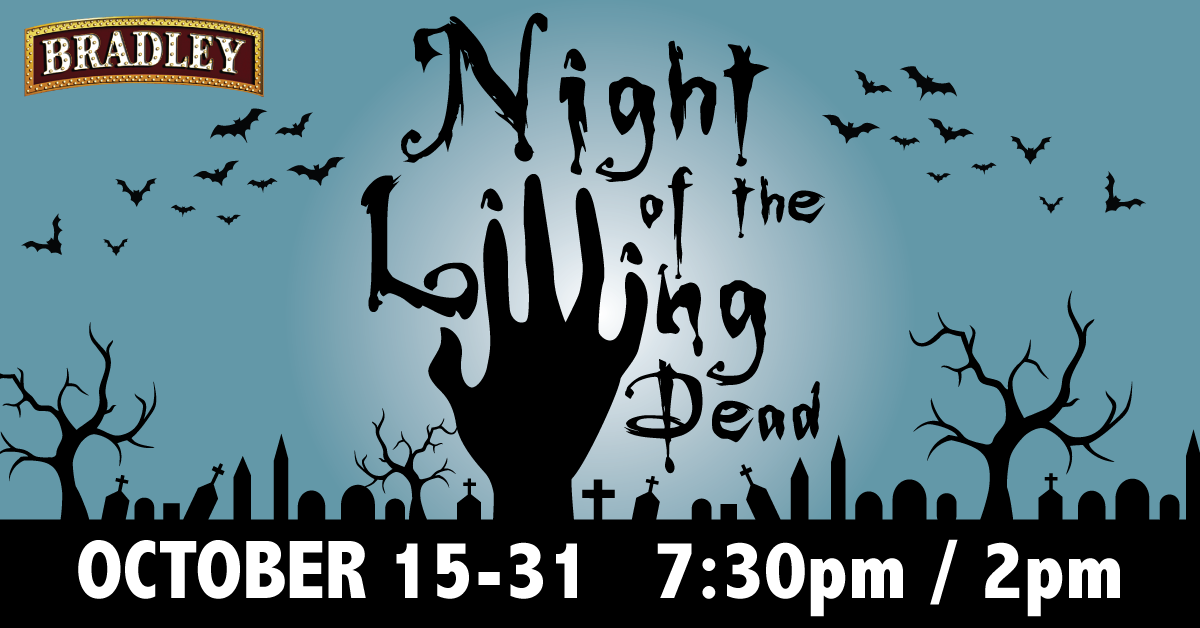 Night of the Living Dead:
A Play in Three Acts

A group of conflicted strangers are trapped in a rural Pennsylvania farmhouse by marauding ghouls. With sensationalized and conflicting reports being broadcast by the media, can the strangers overcome their prejudice and suspicions to survive the night?

Based upon the 1968 American independent horror film by George A. Romero, co-written by John Russo. Adapted for the stage with new scenes by John F. Carroll.